Mildred “Madaket Millie” Jewett was born on Nantucket in 1907 and spent almost her entire life in Madaket, at Nantucket’s west end. She was still a small child when her mother left the family, never to return, and for that reason her father took Millie and her brother from their home in town to live with his mother in her farmhouse on Hither Creek, at the lower end of Madaket Harbor. There, Millie tended the farm animals and the family plantings, scoured the beach for driftwood and, during the winter months, shucked scallops, a skill she first learned at age seven.

Millie was homeschooled by her grandmother, who read to her as she went about her chores and grew up hearing tales of shipwrecks and nautical adventures—things she wanted to see firsthand. As a young girl, balanced upon her rooftop perch, she watched the U. S. Coast Guardsmen as they braved the fury of the ocean, and she dreamed of a career in the Coast Guard. Women were not admitted to the service at that time, so instead, to make a living, she became a prodigious scallop shucker, tried her hand at plumbing, and opened one of the first convenience stores on the island selling, among other things, ice cream (“white, black, or brown—no pink”) to tourists.

During World War II (1941–45), the Coast Guard opened enlistment to women, but Millie’s eyesight was poor and she was not accepted. Regardless, eager to do something for the war effort, she offered her services as a dog trainer, and succeeded in training for the Army’s K-9 corps and the Coast Guard beach patrol. She was subsequently named Honorary Chief Boatswain’s Mate in the Coast Guard.

After the war, in 1947, Millie learned that the Madaket Coast Guard Station was going to be decommissioned because of advances in navigation technology—a decision she strongly objected to. She had grown up experiencing the fierce Madaket winds and treacherous shoals, and believed it would be a mistake to leave the west end unprotected. So, while the Coast Guard continued its mission from the Brant Point station in town, Millie continued to patrol the western beaches. She was instrumental in many rescues, often being the first respondent. Recognizing Millie’s value, the Coast Guard established her domain as the “West End Command”. In 1984, she was awarded the rank of Honorary Chief Warrant Officer-CWO4, the highest enlisted rank in the Coast Guard. Millie was finally a true member of the Coast Guard she loved.

For the rest of her days, Millie remained on constant vigil and was adopted by the Brant Point Coast Guard Station as a true “Coastie”. Just as she had taken care of them, they took care of her until the end of her life. Commanding awe, admiration, and respect from those fortunate enough to experience the kindness and generosity behind her salty façade, Mildred Jewett did things her own way on her own terms. When she died in 1990, her ashes were scattered over Hither Creek from a Coast Guard helicopter – in an emotional farewell ceremony by the service she loved and the island community that loved her. 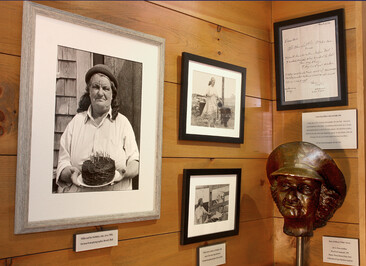 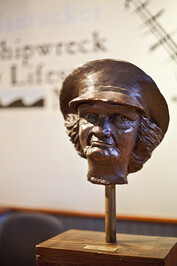 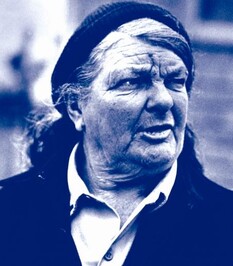 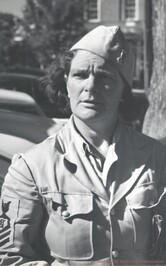 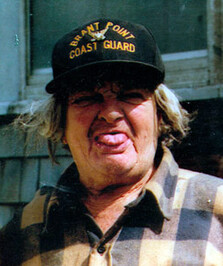 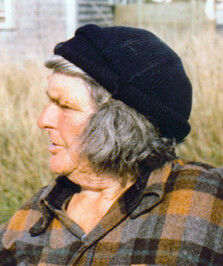 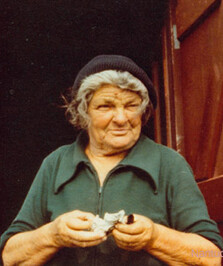 Egan Maritime Institute wishes to give special thanks to the following people, organizations and businesses that helped bring Millie Jewett to “life” and in so doing assisted us in making the "Thoroughly Madaket Millie" exhibit such a success.