Twenty years ago. Nantucket. The summer and fall of 1991. Two big storms, back-to- back. Two enormous events. One huge story. All having to do with the weather - the salty wind, the ocean and the rain, and its momentous effects on a tiny island 30 miles out at sea.

To begin, imagine a hot, muggy Saturday in the middle of August. Fog, no breeze. Throngs of cars and people filling the downtown area as everyone goes about their busy business in the height of the summer season. Sunday. Still hot. Still muggy. A little wind rustling the leaves in the trees. That is all. And then, as Sunday rolls into Monday, August 19, the winds start to pick up. A tropical storm emerging from the Bahamas, now classified as a full blown hurricane, approaches Nantucket.

By mid-day, sustained winds of 75-100 m.p.h., with gusts to 125 m.p.h., are battering the island, and over 2,000 trees fall, including 20 of the oldest elms downtown. Along with the trees, miles of utility wires come to the ground and an entire island is without power. Four thousand people take refuge in the public schools, 15-foot waves crash on the South Shore, and Miacomet Pond opens to the sea.

Just a splattering of rain comes with the storm and so, as the wind blows the salt in, there is little to wash it away. Salt covers everything – from windows to cars to boats and, perhaps most devastating, all plant life and vegetation. The corn, the tomatoes, the green beans and peppers, the apples, the remaining leaves on trees that are still standing, and all the flowers turn black – a season of growth ended before its time.

When it is over, when the island is just starting to catch its breath, what should appear just a mere two months later, but, another storm! Not just any storm, though. This is

The Storm of the Century. The Halloween Nor’easter. The No-Name Storm. Or, as it is best known by all, “The Perfect Storm”.

The end of October. A low pressure system forms over Canada. A high pressure system extends from the Gulf of Mexico northeastward. Hurricane Grace forms off the coast of Florida and moves north. All combine together into what is now deemed, in meteorological terms, “A Perfect Storm”.

With 50-foot seas forming in the Atlantic and moving toward Nantucket, high winds, white caps in the harbor and an unusually high tide are all reported. October 30: the storm is at its peak. Gale force winds register 78 m.p.h. Driving rain and ocean surges cause flooding in the downtown areas from Brant Point and Hulbert Avenue right up to the doors of the Whaling Museum. Homes are shattered, over 60 boats are sunk or beached, North Wharf is in pieces, two-thirds of the town pier is swept away, and all around the island, from Madaket to ‘Sconset, large chunks of Nantucket’s shorelines crumble. And so, in just a short, two-month period, the island is, once again, devastated by the wind and the sea.

In this exhibit, we commemorate the 20th anniversary of Hurricane Bob and The No-Name Storm, by sharing with you the photographs and stories of the men and women who lived and worked here on Nantucket at that time. By memorializing the effects that both storms had on the island, we are reminded too, of how the shifting weather can most assuredly, and sometimes without a moment’s notice, change the face of Nantucket Island forever. 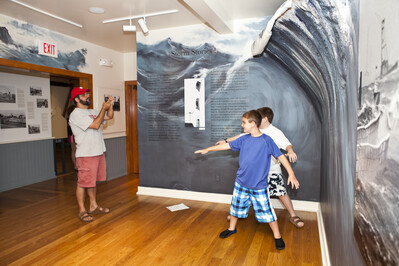 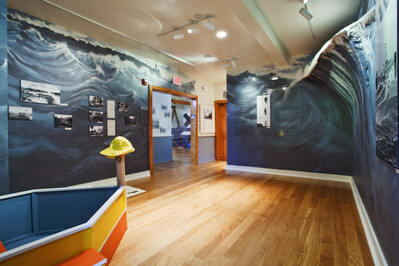 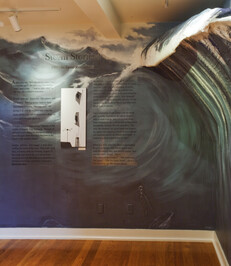 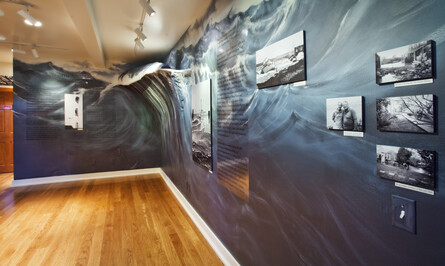 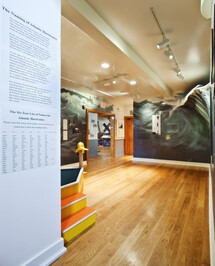 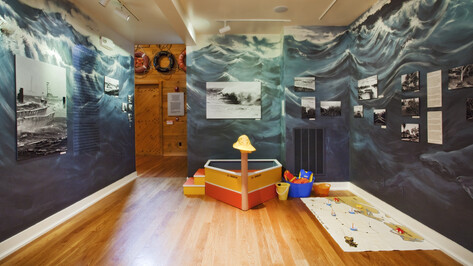 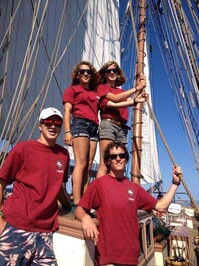 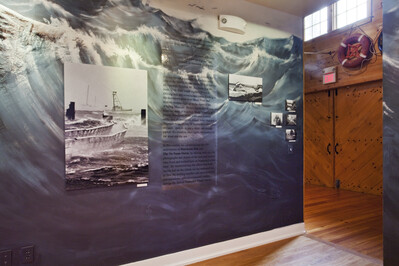 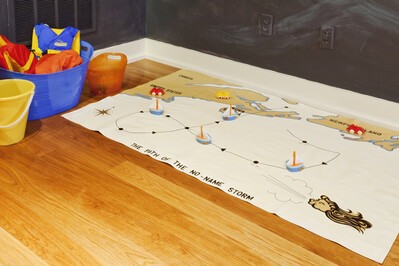 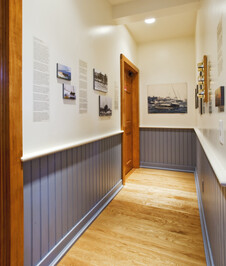 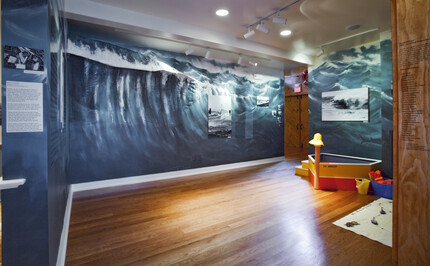 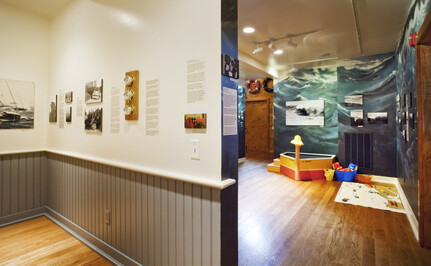 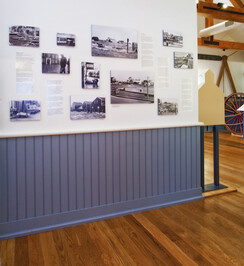 Egan Maritime is proud to thank the following people for helping to make "Storm Stories! 1991: An Island Remembers" a success by donating their time, photographs, and/or stories.