Beyond the Call of Duty

On Tuesday, September 11 at the Nantucket Shipwreck & Lifesaving Museum, Egan Maritime gathered with Members and the Nantucket Cottage Hospital to present 2018's Lifesavers Recognition Day awards. Nantucket’s history is filled with tales of heroic lifesaving efforts by everyday citizens and those who went above and beyond the call of duty. Honoring that tradition, the following modern-day lifesavers were recognized:

Jeff Turner and Doug Lindley
Turner and Lindley co-piloted Jeff’s plane during a Nor’easter to bring an island resident to Boston for two organ transplants. Upon arrival at Logan Airport in Boston, Jeff facilitated an Uber ride for the transplant recipient to Mass General, and asked the driver to get the man to the hospital safely and as soon as possible after giving him a cash tip. Turner and Lindley went above and beyond the call of duty to ensure this man was in time for his double organ transplant when all modes of travel to and from the island had been cancelled due to foul weather.

Andrew Trott-Kielawa and Connor Ventling
Trott-Kielawa and Ventling were just getting their Strong Wings campers off Russell’s Way Beach when they heard cries of help from the shore. Two young women caught
beyond the surf line were struggling to fight the current, and would not have returned to shore without assistance. Responding quickly, they left their camp crew on the beach with a counselor-in-training, grabbed their lifesaving equipment, and went out to successfully rescue the two girls. They did this heroically and methodically, and were met by relieved parents and their proud and cheering campers when they returned to the beach.

The awards ceremony was opened by Egan Maritime Executive Director, Pauline Proch, with greetings from President and CEO of Nantucket Cottage Hospital, Margot Harmann, MD, PhD. The Honoree presentations were by Jessica Guff, Trustee of Egan Maritime and the Chair of the Nantucket Shipwreck & Lifesaving Museum, and Citations from the state of Massachusetts were presented by Thomas M. Dixon, Legislative Liaison for Nantucket, Office of Rep. Dylan Fernandes. 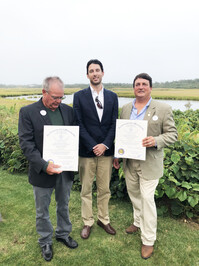 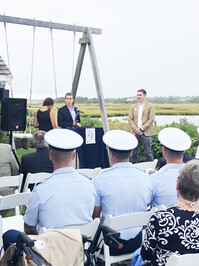 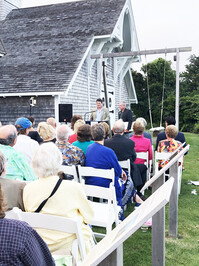 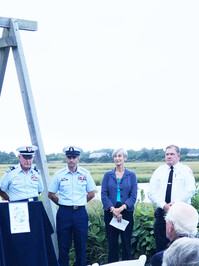 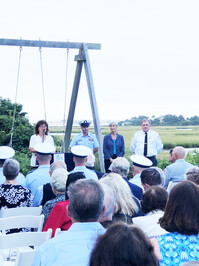 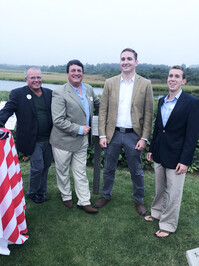 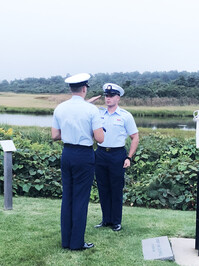 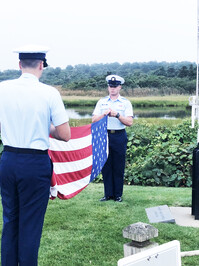 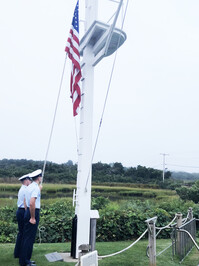